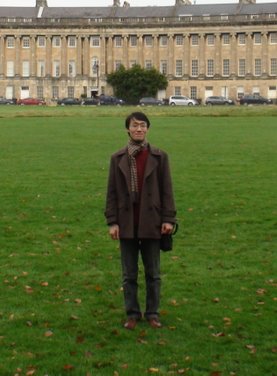 My name is Neal Wang ( In Chinese 王浩翾 ), I am currently a consultant at McKinsey & Company in New York. As a young professional, I developed my enthusiasm in banking and risk management. I was born in Beijing, China, and grew up  there.

Travelling has been a consistent theme in my life. For the past 10 years, I've been  moving around the world. From Beijing, to London, Ithaca, and to New York City, I unpack my luggage, settle down for a while, then move on to my next stop. Now I enjoy working as a consultant for the mobility and excitement of travelling to new places, getting to know new people, and working on a wide range of projects.

However, the COVID-19 Pandemic has put everything to a sudden pause with planes grounded and people stranded at home. But still, I enjoy connecting with new friends, new colleagues, and new clients eventhough in-person experience has become a luxury. But this is all worth it since we all know thatall of this is going to be over.

Born in Beijing ,1991, I was introduced to this world in a city where great changes were taking place, and in an era when the society was undergoing an explosive development. My earliest memories started from my kindergarten, which used to be a mysterious villa owned by a duke who lived there some 300 years ago. Quite similar to my kindergarten, my primary school was hidden in a Hutong (an alley in local vocabulary) in one of the oldest neighborhood situated in the center of the ancient capital.

Fast forward to 2003, I was admitted to the Experimental High School Attached to Beijing Normal University, one of the best high schools in China. This is the place where brand new ideas ways of education that I have never heard before started to change my life. For the very first time, I had to travel 4 miles from an old neighborhood to a newly developed district for school everyday. For the very first time, I joined the student union and worked as a camera man. The threes school life in the Experimental High School was an essential experience which defined who I am today. It was the time when I started to create my own ideas and started to consider how to build my capability and core competence in the future. As I was defining who I would become, the old city of Beijing is also undergoing suprisingg changes. Brick by brick, block by block, great development have taken place. It is during this period of time that Beijing stard to evolved into a modern metropolis. 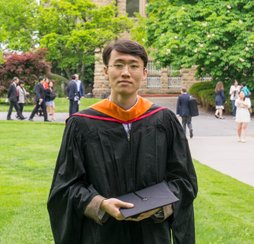 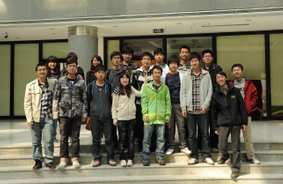 All the staffs in Science & Technology Department

In the year of 2006, I entered Beijing No.8 Middle School, my senior high school. This is a school famous for its infrastructure and its early-gifted-child-education (Someone who go to university at the age of 14). Although I was not a gifted child myself, I still enjoyed my time there together with my classmates. During Senior High school, I spent most of my spare time working as a staff of the Student Union - starting in the students' TV channel as a cameraman and a video editor. In the election of fall 2006, I was elected the vice president of the Department of Media. After working a full year in Student Union, I started my campaign to run for Student Union's president in fall 2007. Although I didn't win the election in the end, still I was elected as the vice president for my second year in the Studen Union.

In 2009, like other Chinese high school students, I took the National Higher Education Entrance Examination, which is also known as "Gao Kao".  It took me almost half a year to prepare for the exam. Finally, the exciting result was worthy of spending such a long time's preparation. I ranked top 800 in Beijing, which means I could go to almost any university in China.

After careful considerations, I chose an experimental higher education programme, a joint program between Queen Mary University of London and Beijing University of Posts and Telecommunications. This programme is one of the first education project of its kind in China where students can choose curriculum from two universities. In this program, I chose my major in Telecommunication Engineering with Management, which is an interdisciplinary study consists of knowledge from Electronic Engineering, Computer Science, and Management.

At college, I continued my interest in working in Student Union, where I became the leader of Science and Technology department (S&T). S&T takes charge of technological support for all other departments, creates videos advertisment for a wide range of school activities, and holds seminars on new technology from time to time. I was luckly elected as the head of this department, and led the department until I "retired" from the Student Union in my junior year. In 2012, I spent a year in London (as a part of the joint programme) to finish my undergraduate studies.

In 2013 I went to Cornell University (Ithaca, NY, USA) to study Systems Engineering, a masters program that offers an exiciting suite of curriculum that equips its students with holistic vision to breakdown their challenges and toolkits to drive complex work. I took several interesting courses alongside some fun school projects. Most important I spent a great amount of time in Cornell Cup presented by Intel where I can practice the principles and tools of systems engineering that I learned in classes.